The last time I posted my 2008 MLB Player Name poem (I guess?) entitled, “A Rough MLB Morning,” I got some positive reaction.  People actually like this, I thought?  So, I decided to do another one for 2010.  Enjoy!

“The Price of a MLB Friendship”

I awoke out of my Sheets
with a clean Billingsley of
health.  The Kershaw pain of my Kochman
felt infinitely better!  It was a bad Lindstorm of Ichiro, Raburn, Jurrjens and some mild Coghlan that you don’t even want to know about.  Don’t worry, with the help of Dr. Oswalt I kicked the painful Kochman before it spread to my Boobie Abreu.

It was on this good O’Day
that I walked to the Church on top
of the Hill to sniff the DeRosa’s.  There was an absolute Milledge of De La Rosas – although I picked out
one Lilly.  Before entering the Teagarden I usually treat myself Bailey to two Lindor Borbons.  Me, and my French friend Pierre, were Jonesing
for those Lindor’s.

They call Pierre‘s Butler, Figgins, he usually makes some
excellent Marmols, but Pierre was a Bastardo about sharing them with me.  I told him to “Fukudome, I’ll Daisuke
my own Marmols.  Maybe I’ll even make myself some Pie, or get some Freeses or something?”  Pierre felt
bad about the argument for he had had a Harden
upbringing with good Morales.  Noticable upset, he told me that there was no
need for that Fowler language.  Weeks
went by and I didn’t hear Moore than a Bartlett from Pierre.  I guess that Happens to be the Price
of friendship.

First Names “The Price of a MLB Friendship”

I awoke out of my (Ben) Sheets
with a clean (Chad) Billingsley of
health.  The (Clayton) Kershaw pain of my (Casey) Kochman
felt infinitely better.  It was a bad (Matt) Lindstorm of Ichiro, (Ryan) Raburn, (Jair) Jurrjens and some mild (Chris) Coghlan that you don’t even want to know about.  Don’t worry, with the help of Dr. (Roy) Oswalt I kicked the painful (Casey) Kochman before it spread to my Boobie Abreu.

It was on this good (Darren) O’Day
that I walked to the (Ryan) Church on top
of the (Aaron) Hill to sniff the (Mark) DeRosa’s.  There was an absolute (Lastings) Milledge of (Jorge) De La Rosa‘s – although I picked out
one (Ted) Lilly.  Before entering the (Taylor) Teagarden I usually treat myself (Andrew/Homer) Bailey to two (Adam) Lindor (Julio) Borbons.  Me, and my French friend (Juan) Pierre, were (Chipper, Adams etc.) Jonesing
for those (Adam) Lindors.

They call (Juan) Pierre‘s (Billy) Butler, (Chone) Figgins, he usually makes some
excellent (Carlos) Marmols, but (Juan) Pierre was a (Antonio) Bastardo about sharing them with me.  I told him to “(Kosuke) Fukudome, I’ll Daisuke
(Matsuzaka) my own (Carlos) Marmols.  Maybe I’ll even make myself some (Felix) Pie, or get some (David) Freese‘s or something?”  (Juan) Pierre felt
bad about the argument – for he had had a (Rich) Harden
upbringing with good (Kendry) Morales.  Noticably upset, he told me that there was no
need for that (Dexter) Fowler language.  (Rickie) Weeks
went by and I didn’t hear any (Adam) Moore than a (Jason) Bartlett from (Juan) Pierre.  I guess that (J.A.) Happens to be the (David) Price
of friendship. 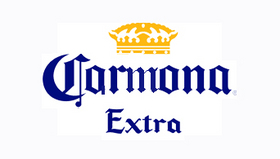 I started my Halladay by heading straight to the Escobar to get a Carmona.  The Kapler was not a twist Hoffman.  Ethier I use my teeth, or the Leiter in my back pocket.

One Carmona, two Carmona, three CarmonaYoukilus, Youkilus!  I Doumit on the floor.  No Mora!  No Mora!   Soon, I was Gagne all night.  I woke up on Huston, Street in Rios de janernos.  Hunter Byrds were circling my body.  Ahh, Inge!!!  How did I get that Saltalamacchia’d off only four Carmonas?  What a Putz, I am! four.

I started my (Roy) Halladay by heading straight to the (Yunel) Escobar to get a (Fausto) Carmona.  The (Gabe) Kapler was not a twist (Trevor) Hoffman. (Andre) Ethier I use my teeth, or the (Al) Leiter in my back pocket.

I wanted to do an entry about my team because they have been a big part of my baseball experience this season.  There is nothing like Fantasy Baseball to give you the motivation to keep ‘up to date’ on all the stats, scores, prospects and player movement in MLB.

My team is called the Homer City Hawks, (its my last name followed by the City and the Hawks was the name of team that owned my team prior to me getting in this pool).  I thought it was a pretty good name with a nice ring to it.

Anyway, Im in a 16 team keeper league that has been going on since the early 90’s. At that

time Fantasy Baseball wasn’t even on the internet and it was in its infancy.  The league originated in London, Ontario (great baseball town, former home of the London Tigers and close to the Canadian Baseball Hall of Fame in St. Thomas, Ontario).  The league is called the Sherwood Forest Baseball League and we play on CBSsportline.com.  It is highly competitve, guys fly from B.C. and Manitoba down to Ontario to participate in the one day draft event.

My dilemma, right now, is the keeper part.  We have to select 8 keepers at the beginning of next season and I’m indecisive on who I should keep?  I can only lose a certain amount of guys, depending on how I finish.  I took over a team with many holes and various problems.  I’ve tried to rebuild them into a winner, but right now, I’m in 8th place in the 16 team league.  Anyway, this is the 2008 Homer City Hawks.  Who do you think I should keep?  What are my strengths/weaknesses??  if you are reading?

C Taylor Teagarden TEX, 1  (i’m very thin at Catcher something I have to address Teagarden is a good prospect though)

2B Rickie Weeks MIL, 9 (don’t know if I should keep him.  He has been pretty bad, a lot of potenial though)

SS Alexei Ramirez, CWS, 1 (this guy is on the verge of doing some special things)

CI Mark DeRosa, CHC, 14 (gotta keep him, he can play every position)

OF Marlon Byrd, TEX, 1 (solid season thus far, don’t know if he is in their future plans?)

OF Ryan Church, NYM, 3 (He might be special next year, if he can stay healthy)

SP John Lackey, ANA, (Is this guy on the decline???  Some bad starts recently)

SP Ricky Nolasco, FLA, 1 (didn’t think I would keep him, but might have to now.  He has been outstanding)

OF Milton Bradley, TEX, 13 (Was this year a fluke?  He was very good though, injured now however.)

My goal is to keep ‘value guys’ with low salary.  Are Abreu or Vlad on the decline???  Things I have to think about.  The guys that I’m going to keep, as it stands currently, are in bold.  I should be looking for pitching in the draft, so I’m going to hang onto a lot of my hitters.  Church or Bradley is a tough call for me??