The quartet in the A.L. East has just gotten a lot more powerful.  The expression, ‘beasts from the east,’ has never been more true than it is right now.  The Rays, Red Sox, Yankees and Blue Jays look to improve on strong years that saw each of them support very respectable final records.

So, what do these teams have to look forward to in 2009?  Well, at least these are the guys I will be looking forward to seeing in 2009.

The Red Sox have these guys.

Probably one of the best left-handers in the game, Jon Lester, is only getting better.  Last year he showed what he is capable of.  A ‘big’ 2009 may be in the works for him.  If you were wondering who the guy tucked on the right is?  It is Lars Anderson, Red Sox first base prospect.  Anderson was only drafted in 2006, however, he has been killing the minors and should probably get a look at ‘the show’ this season.  Anderson’s future prospects were definately one of the reasons why the Red Sox did not pursue Mark Teixeria as aggressively as many might have hoped.  Last year’s American League MVP and all-around scrappy ‘little-big man,’ Dustin Pedroia, will be interesting to watch in 2009.  First of all, the guy is always getting dirty, putting his heart on the field and awkwardly swinging to stardom.  I love Pedroia’s game.  If watching the AL MVP follow-up on his amazing season is not enough, then watching him making diving plays at second, steal bases and try to ‘leg out’ a double on every ball he banks off the monster is.  He’s a small guy, but he plays very big and right now he ‘big in Boston.’

As if the Rays needed any more players young players.  They have David Price.

The number-one-pick overall in 2007, and it is easy to see why.  He has wicked stuff.  The Rays had enough confidence in him to close out games in the World Series.  This year, he will likely be featured in an already steller pitching rotation that includes Scott Kazmir, Jamie Shields, Andy Sonnanstine and Matt Garza.  Five legitimate starters going into 2009.  Most teams would take any of these guys as their #2, if not at least #3 starter.  The strength of the Tampa’s rotation will be tested against a division that just got a lot stronger in the pitching department.  I’m really looking forward to seeing their young pitchers next year, especially Price (that god for MLBTV and MLB Extra Innings).

Now lets state the obvious shall we.

Everybody, me among them, is going to want to see what these lunkers will do.

Yes, the Yankees landed the ‘big fish’ in the free agent market.  Their team does look devastating on paper; however, as the old cliche goes: ‘games aren’t won on paper.’  These guys will compliment Arod, Jeter and Rivera in what the Yankees are hoping is money well spent.  I think everyone is going to be interested watching these three, after the contracts they just signed.  To be fair, the Yankees did have a lot of money coming off the books to facilitate this.

Now for the Blue Jays.  With all this looming above us (just scroll up), it is obvious the Jays will have a big challenge in 2009.  We are no longer big players in the free agent market, with financial constraints the Jays cannot even afford a top 10 free agent without seriously having to budget.  The Canadian dollar dwindling has hurt the club, there have been job losses in the organization (so much for me getting a job there) and we lost two of our top pitchers last season, Shaun Marcum (injury) and A.J. Burnett (free agency).  Most prognosticators will predict the Jays to finish 4th in the division – just like last year no doubt.  Some might even throw the Jays behind the lowly Orioles in the A.L. East.  A team that I didn’t even consider for this entry because I’m not really looking forward to seeing anyone on that team (hmm… maybe Adam Jones).

So, lets be positive, because none in the organization seem to be (i.e. Vernon Wells, Cito Gaston).  The Jays are going to get a very good look at some young and possibly emerging players this year.  Notably Travis Snider, Adam Lind, Dustin McGowan, Jesse Litsch, David Purcey and possibly even Ricky Romero, Brett Cecil, J.P. Arencibia and Scott Campbell.  Travis Snider might be a ‘stud’ in the making, and if only Vernon Wells and Alex Rios could remain healthy, that would give the Jays a very strong outfield.  McGowan staying healthy might actually lessen the burden of losing Burnett, Aaron Hill looks like he may be healthy and ready to get back to form, Jose Bautista and Rod Barajas are wildcards that may do well and we all hope that Scott Rolen has had enough time to rest his shoulder for a great 2009 campaign.  This all being said, it will probably take all these things for the Jays to be anywhere near competitive in the A.L. East. 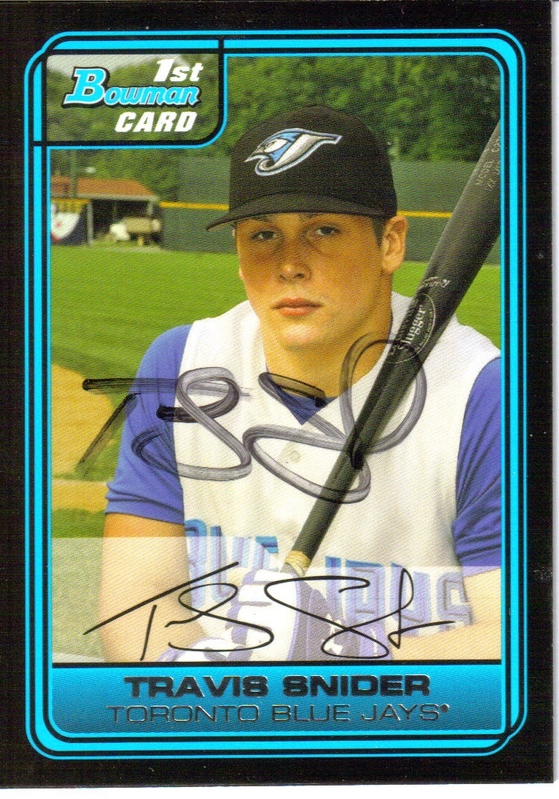