Devon White was so graceful in the outfield, that he made this famous catch and throw to first base with ease.  People say Joe Dimaggio was pretty good in the outfield, but whatever Dimaggio had, Devon White must have somewhere picked up on it, as well.  The way people talk about Dimaggio in the outfield, is very similar to the way I saw Devon White play.  Long graceful strides, with speed and the ability to read a ball off the bat.  White thought that he could track down every ball in the outfield, although his bat wasn’t like Dimaggio, his feeling was legendary and it is a well deserved comparison.  So, below you will see the catch (2nd most famous play in Blue Jay history) immortalized in this design of Devo with a gold glove.  Getting to a ball that he had no business even getting to, starting a double play that should have been a triple play, in Game 3 of the 1992 World Series against Atlanta.

How amazing was that catch?  Take it from Vin Scully, Dodger announcer that witnessed Willie Mays’ legendary catch.   “I saw Mays’ catch,” Scully said. “And this one, to me, was better.”  “The big thing with Mays,” Scully went on, “was that he had a wide-open area. He didn’t have to be concerned with the wall. And that’s a major concern. So I’m inclined to think that White’s catch might have been better than Mays’.”

Something ‘we Blue Jay fans’ can be very proud of.  In a time where our pride is taking a hit. 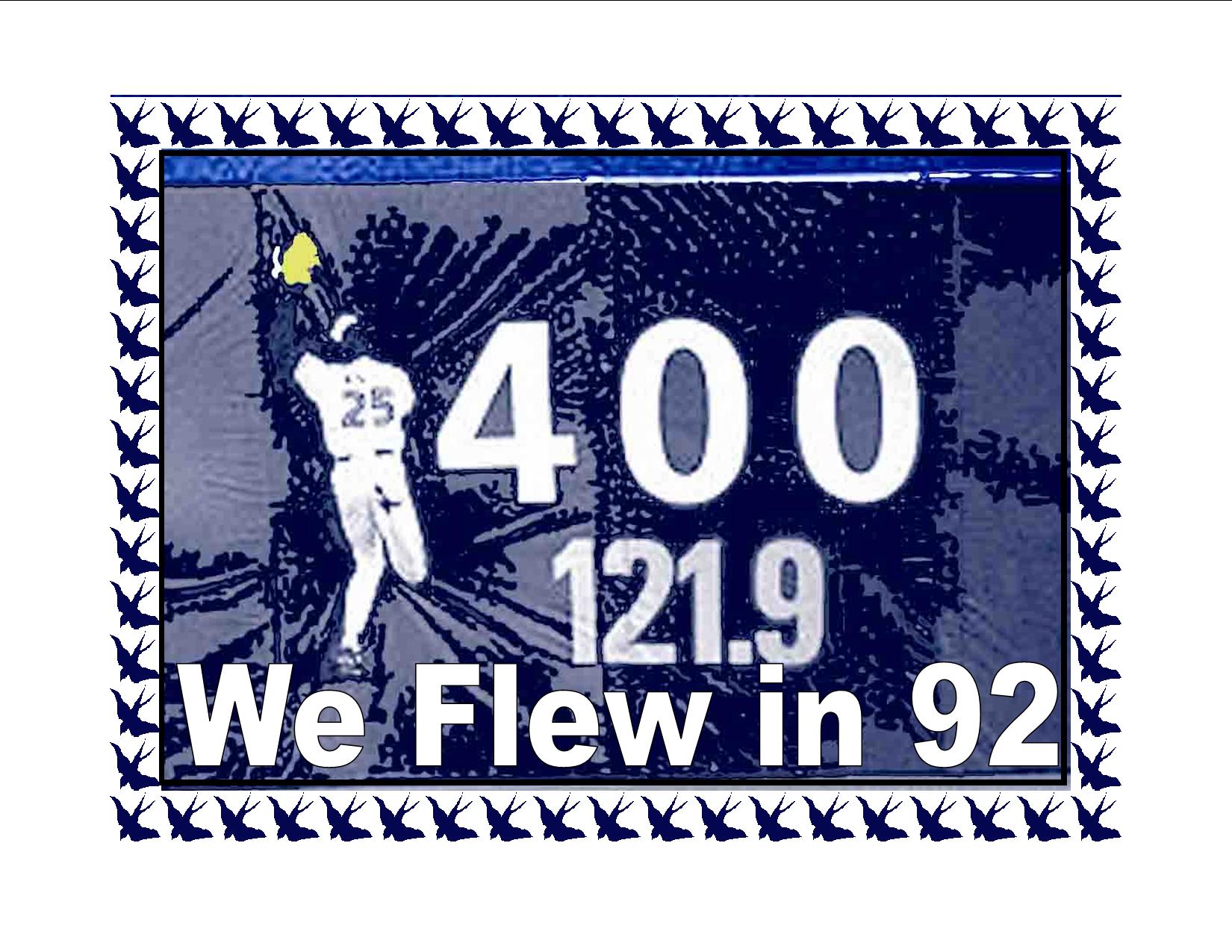